Program To Check Number Is Palindrome Or Not in CPP

#include <iostream>
using namespace std;
/*
A number is palindrome if it's reverse is the number itself
1. Get reverse of a number
2. Compare reverse with orignal number
*/ 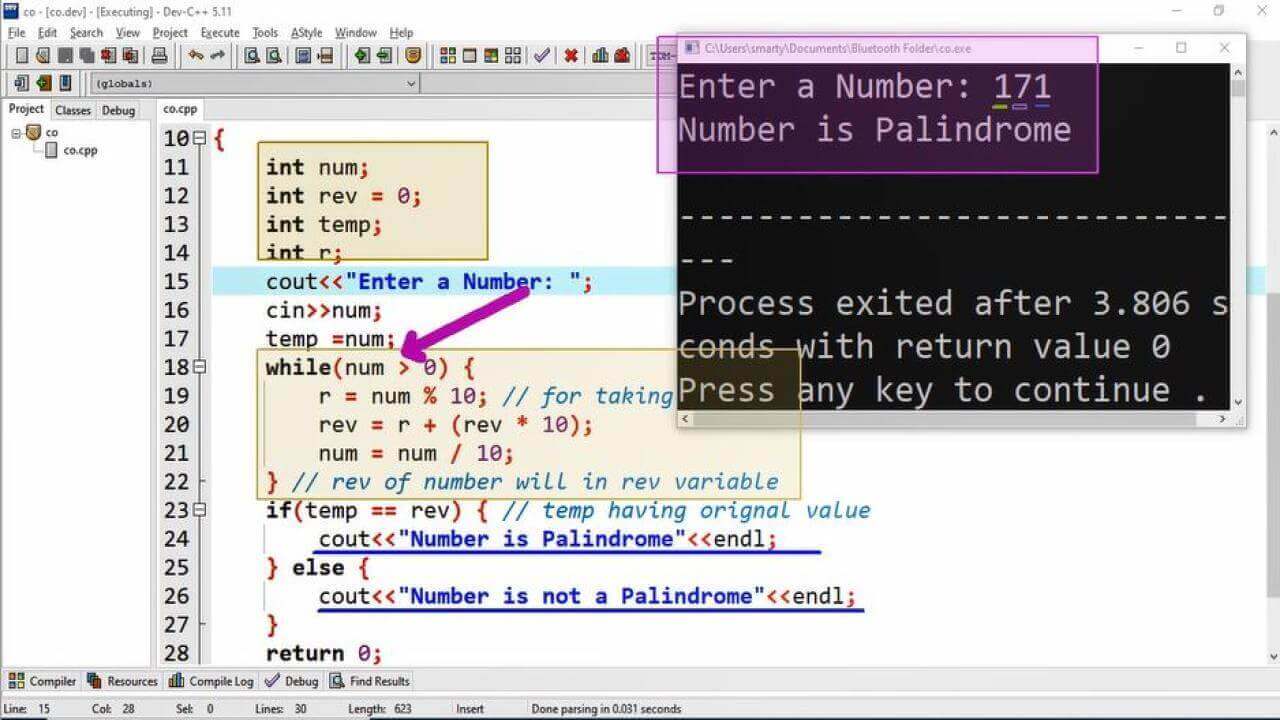 A number is called palindrome iff its reverse number is also its equivalent. In this C++ program we use while loop to get the reverse of given number. For this purpose we dclare three variable of int type. Here is the list of variable used in this program along with their use and data types.

So finally we will compare the temp variable (as it contain value of input variable) with rev variable. If both are equal then we will print a message that given "Number is Palindrome" otherwise display a message "Number is not a Palindrome".