Gcd Of Two Numbers Using While Loop in CPP 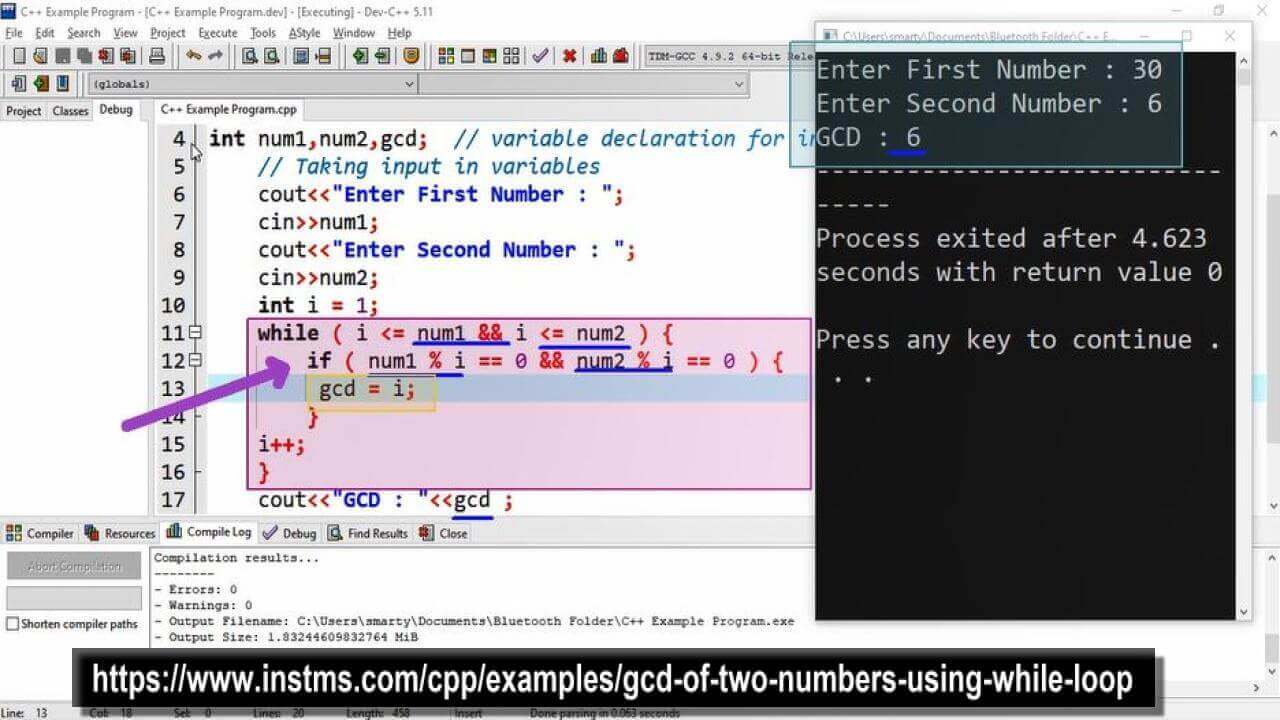 Now from these two list of dividors we have to get greater number, which is 6. So that GCD of 30, 6 will be 6.

Similar implementation is done using C++. Where i which is a counter variable starts from 1. Because we have already know that fators of any number starts from 1. After that in while loop condition we write that loop will run until i will be equal to any one of the given number.

After loop completion we will have GCD in gcd variable. GCD is also called Highest Common Factor, because dividers are factors of the given number.