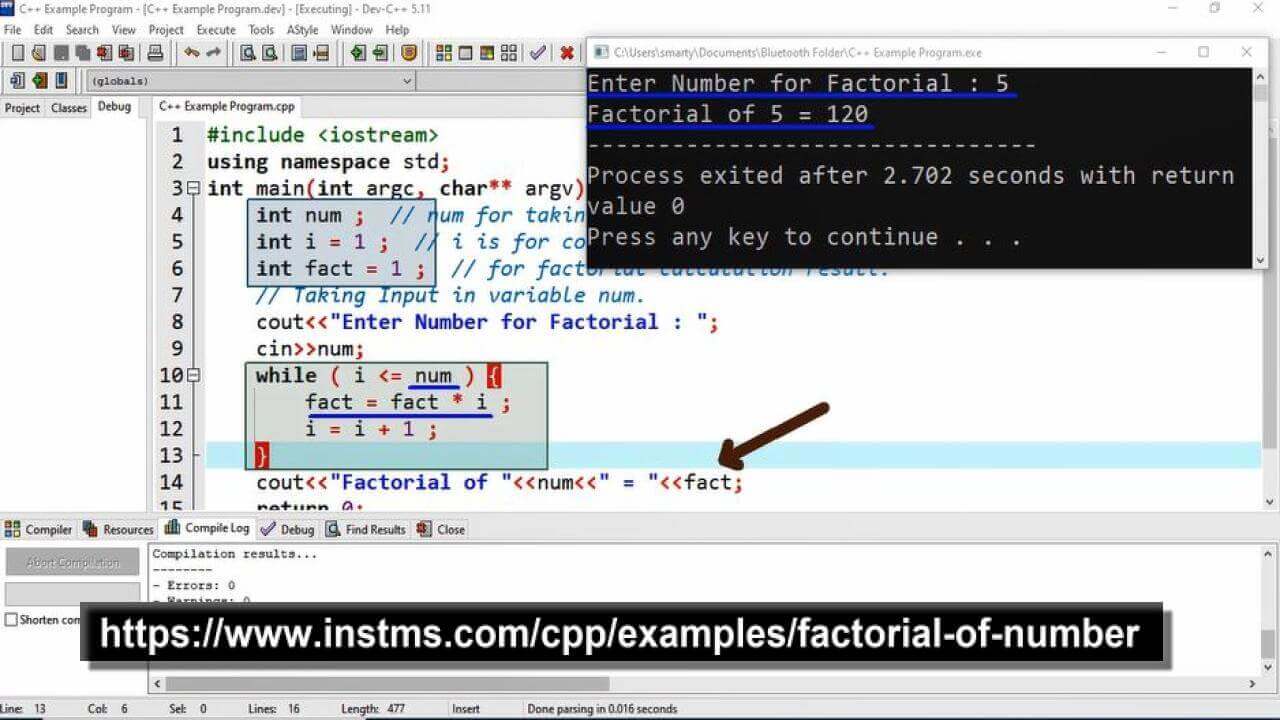 In while loop we set condition as i <= num beacuse the mathematcial formula for calculation of factorial is.

So that we have to go from 1 to num in loop. We may use other than while loop such as for loop or do while loop. In last line of the program we print factorial using cout statement.