Pointers are declared in the same way as a normal variable is declared means using data type and valid identifier name. Pointer declaration also ends with semi colon. We can declare multiple pointers in a single declaration statement. We have to write dereference operator with identifier.

Pointers are used for the following purposes.

This statement is used to assign address of variable to pointer.

C++ program that demonstrate the fundamental use of pointer is as provided below. 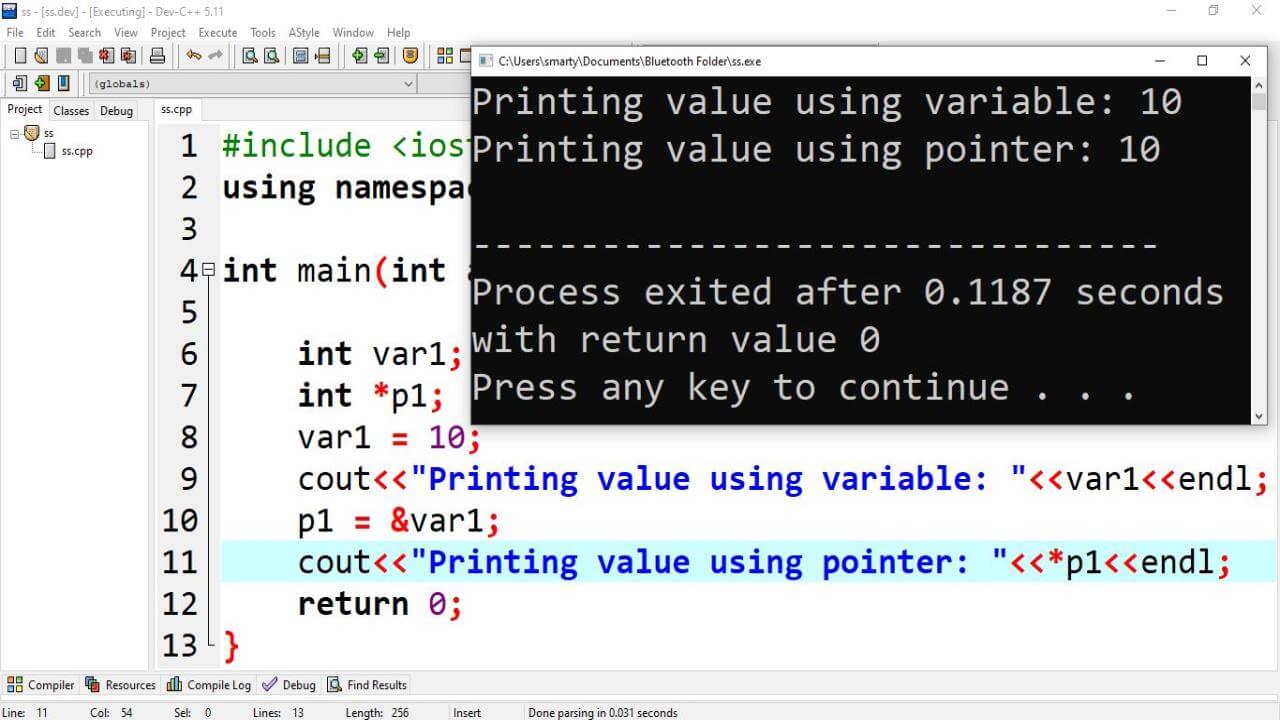 There are commonly used four types of pointers in C++.

A pointer variable that is initialized by NULL is called null pointer. It is good practice to initialize all pointers at the time of declaration.

Generic pointer is also called void/ dynamic pointer. Data type of generic pointer is void. It can hold address of any data type variable. Size of void pointer depend on compiler being used. Normally it occupy 8 bytes in memory.

It is considered as most critical type of pointer in C++. Any pointer that is not properly initialized is called wild pointer. Wild pointer may point to an un authorized memory lcation which may cause program crash and loss of data.

In output 0x1 is address of unknown memory location.