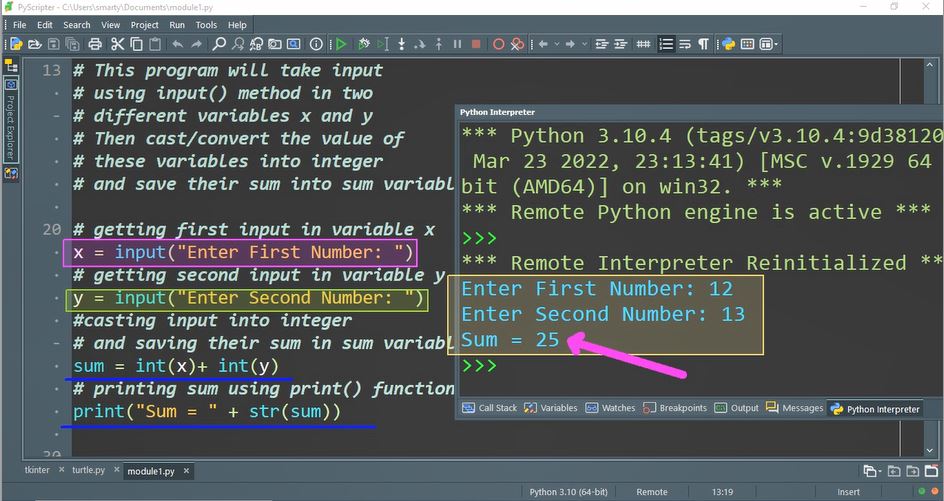 In this program example two variables are used for storing user input named as x and y. After taking input the value and types of both variables are converted using conversion int() method.

In python variables are not declared along with specific data type. The type of variable depends on data it will store. So that sum variable data type will be integer automatically.

In print statement, that will show sum of this input we are concatenating constant string   "Sum = "  with sum variable.

According to syntax/rules we cannot concatenate string constant with any integer variable. So that again in print() function we are using str() string cast function. This will convert type of sum variable into string. And perform its concatenation with string constant.