Python is a easy to learn high level programming language, which has a simple and straightforward syntax. Python programming syntax is much flexible. This programming language is used for multiple platforms such as for designing GUI applications, Machine Learning and Web development. Python is becoming more popular in programmers day by day. The basic reason of its popularity is its simple and flexible syntax.

As many other high level languages python also support multiple programming paradigms, which include:

Some basic features of python programming language that attract new programmers to learn python are as:

Get Started with Python Programming

After successfully instaltion process is completed to learn any programming language we have to install any code editor in which we can write code. Now a days these code editors are also know as IDE (Integrated Development Environment). By using IDE we can write compile and run our source code in a single application/software.

So that we will install IDE.

Many IDE are available for python pogramming language. Some popular python progamming IDE as as listed.

In our first python program we are going to use an output function print for displaying "Hello World" on screen.

After execution Hello World will be displayed written in the teminal. 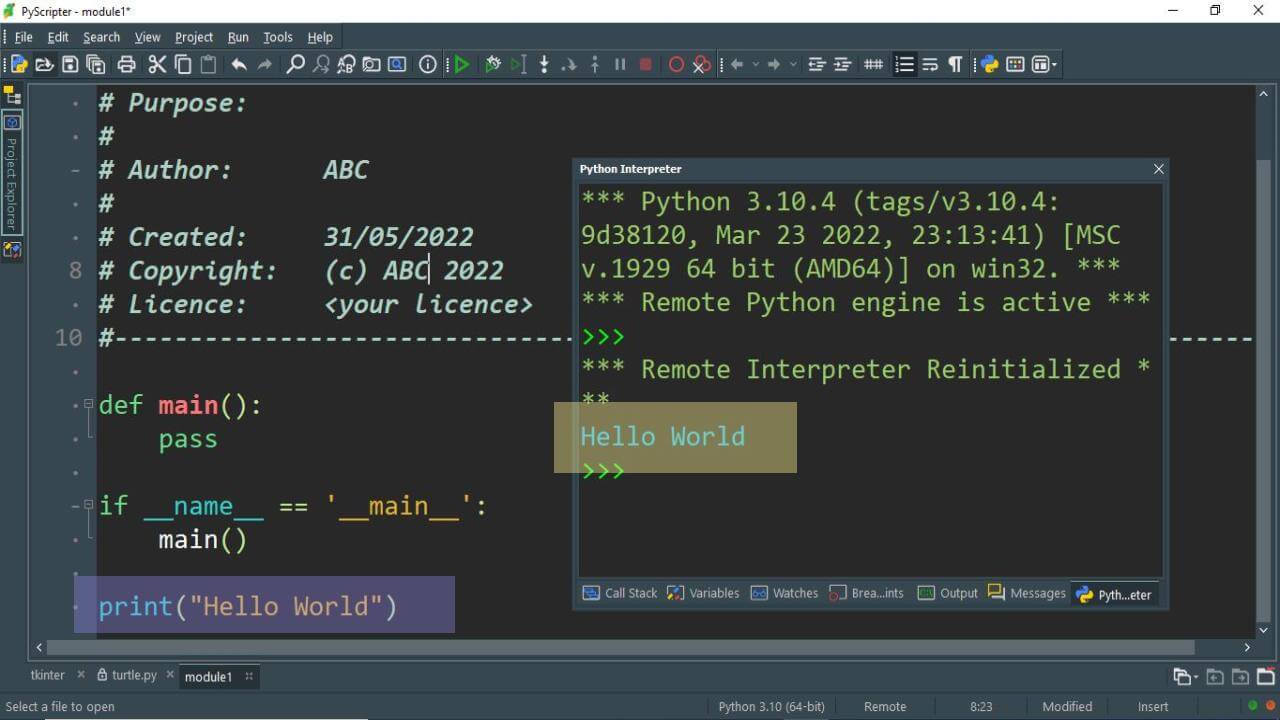